Like many young people, Ed Boggis had always enjoyed playing football with his friends; however taking part in training and matches wasn’t as straightforward for Ed as it was for his peers.

Having Down’s Syndrome meant that whilst he was a talented player, he was fighting a constant and exhausting battle in an attempt to keep up with his team-mates.

Thanks to Inspire’s disability football programme Ability Counts, Ed has the same football opportunities as mainstream players, regularly joining and competing against boys of a similar age and ability and captaining his team in regional competitions.

These sessions have given Ed the chance to take part in regular training and competitive matches. It has also improved his fitness, boosted his self-esteem, confidence and his overall well-being too.

Ed’s parents Phil and Alison have seen the positive impact the programme has had on their son and have even benefited from his involvement in the programme themselves. They told us:

“As parents, we have seen our son develop and mature during his time on the programme. Ed has gained a great deal from being involved in the project in that he has made new friends, learnt to be considerate of others as well as improving his fitness and of course his football skills and ability.”

“It has also given us the chance to meet and speak with other parents who have children with additional needs and their support has been invaluable.”

Ed is one of many, many young people that we support at Inspire. To find out more about what we do at Inspire, click here. 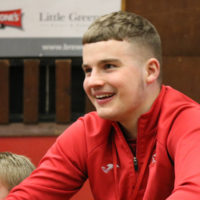 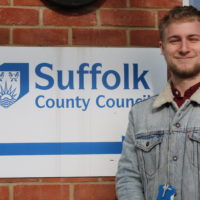 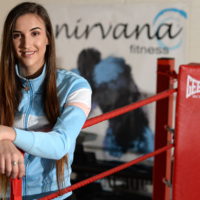