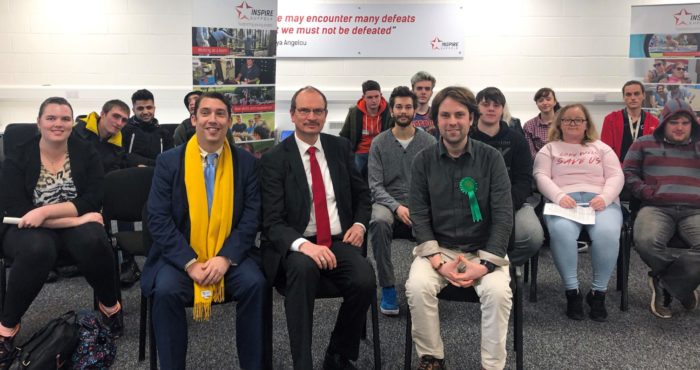 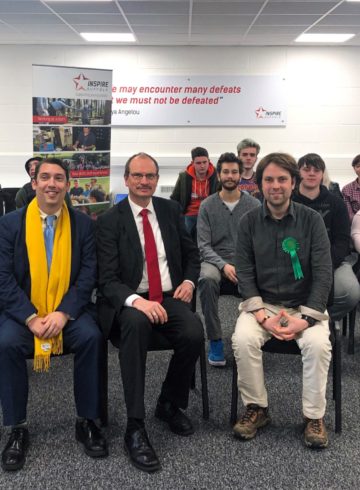 Last week at Inspire, Ipswich, we were joined by the local candidates: Sandy Martin (Labour), Adrian Hyyrylainen-Trett (Lib Dem) and Dan Pratt (Green). Along with the candidates were some of our Engage and Team Programme members, many of whom this will be their first election they can vote in. This was a fantastic way for the young people to ask questions and find out more information about the parties policies and what they stand for. It also allowed the candidates to talk to the young people and reach an audience of first-time voters. The discussion consisted of various hot topics such as, Brexit, gang culture and mental health, all of which are important subjects to young people as they can effect their day-to-day life. Terry Baxter said, “It’s extremely important for young people in our community to have a voice on the issues affecting them”.

Adrian Hyyrylainen-Trett had three main points he wanted to make, “One being Brexit because I believe leaving the European Union is a monstrosity of an idea. Secondly because of the climate emergency we are all facing, young people particularly, as it is an issue for them and their futures. Thirdly, for local issues for Ipswich – it’s infrastructure, its mental health facilities and making sure the town centre is an attractive place to visit.”. Climate emergency was another hot topic. Young people all around the world are protesting for climate change, as Sandy Martin said, “The climate emergency is the most important thing facing us and it’s about time parliament actually got on and did something about it.”. Dan Pratt made an important statement saying that “since the turn of this century we have seen 18 of the warmest years on record, so the climate deniers are not doing future generations justice.”. 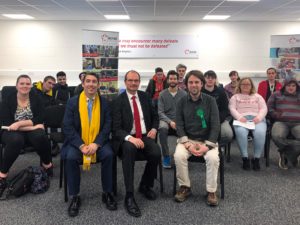 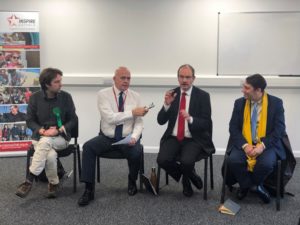