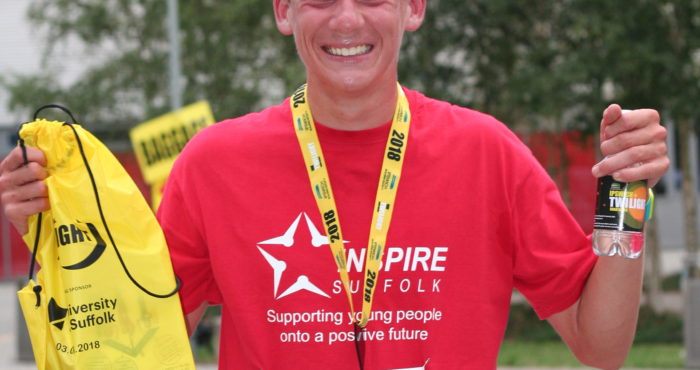 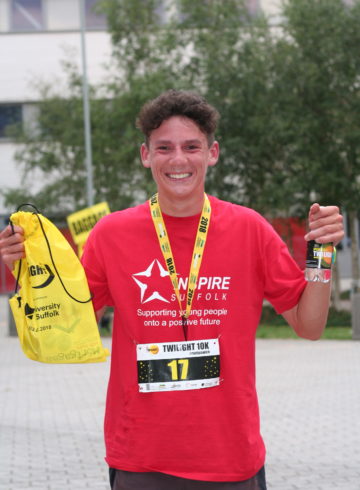 On Friday 3rd August the annual Ipswich Building Society Twilight Road Race, which Inspire were the chosen race charity for the third year running! The Inspire team were there in full force to support the event and our amazing volunteer runners who ran for Inspire to beat the sunset!

We love being involved with the Twilight Road Races and it’s an event everyone looks forward to. We are overwhelmed with the support we received from our fundraisers! Inspire relies on fundraising and grants so events like this really make a difference. We want to say a massive thank you to the event organisers, main sponsor Ipswich Building Society for making this event possible and choosing Inspire to be this year race charity!

A massive thank you to all the runners that fundraised for Inspire and donated! We had 11 runners take part in this years race and we are delighted to announce we raised over £2,500!

Sara Warburton, Fundraising and Events officer from Inspire commented: “We are delighted to have been the official charity for the Ipswich Twilight Races for the third year running. It is one of our biggest events of the year for raising awareness and vital funds. We were so pleased with the interest and enthusiasm we received from our runners and the public, which means so much to us as a local charity”

Take a look at some race highlights…