Inspire are backing the Ipswich Star’s campaign to get every local school signed up to the Daily Mile campaign – after a study found English children are among the least active in the world.

Only one in five adolescents perform the recommended daily amount of exercise around the country, prompting fears that modern lifestyles are “stripping physical activity” out of young people’s lives. The Star’s campaign, launched last month, urges all local schools to sign up to the Daily Mile. The initiative asks that children are taken out of class and run, jog or walk a mile every day. It has been credited with dramatically improving concentration, attainment and obesity levels.

But with one in three Year 6 pupils obese or overweight, every primary school is urged to sign up.

“These worrying statistics are exactly the reason why Inspire exists, to get kids active, inspired and involved in activities that they may not have otherwise had access to. For example, 83% of children who recently attended our free sports sessions in Ipswich would have otherwise been inactive. We are well behind schemes like the Daily Mile campaign and will actively support it within our partner schools.  It has been proven that exercise has so many well-being benefits for children, as well as increasing focus, teamwork and confidence. Inactivity can have a big impact on the lives of young people.”

The Daily Mile must be outdoors, but not on muddy fields, and performed at least three times a week. For more details and resources for headteachers, click here. 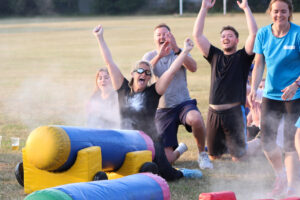 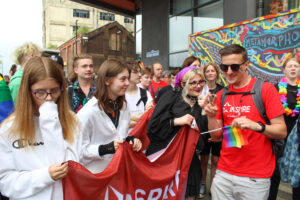